On April 10th, the Chinese Customs confiscated 441 kilograms of pangolin scales and detained 12 suspects, the news which has been wildly covered by media. We applaud for the instant action by the department as it is great progress achieved in the fight over wildlife crime and in polishing the image of a responsible country.

On April 11th, colleagues of the Department of International Affairs of China Biodiversity Conservation and Green Development Foundation (CBCGDF) discussed with experts of CBCGDF and of Africa Pangolin Working Group who also serve for IUCN Pangolin Specialist Group. International experts express appreciation for the achievement and make a preliminary identification result, on the basis of their expertise and experiment in combating illegal poaching. It is suspected that the scales are from tree pangolins, South Africa pangolins, and giant pangolins.

It is roughly calculated that the 441 kilograms scales are at the cost of 800- 900 pangolins. A report of the Shangyou News indicates that Song, the suspect, ordered a batch of pangolin scales from overseas according to the demand from domestic clients, and entrusted the transportation to smugglers. The scales were transferred to Chongqing via Nanning, Guangxi Province, then sold to Anhui and other regions.

The report reveals the cross-border crime chain: overseas order (the source should be Africa)- unknown process- transport into regions without customs- Nanning, Guangxi Provinces- Chongqing- Anhui Province and other regions. 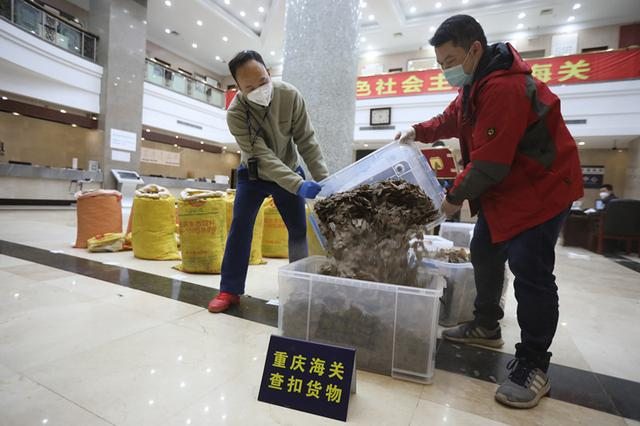 The origin lies in “the demand from Chinese clients”, according to the news.

Who are these clients? We hope that the enforcement department will ascertain the identity of the group soon. No need, no smuggling. And pangolins that inhabit Africa would not be killed. 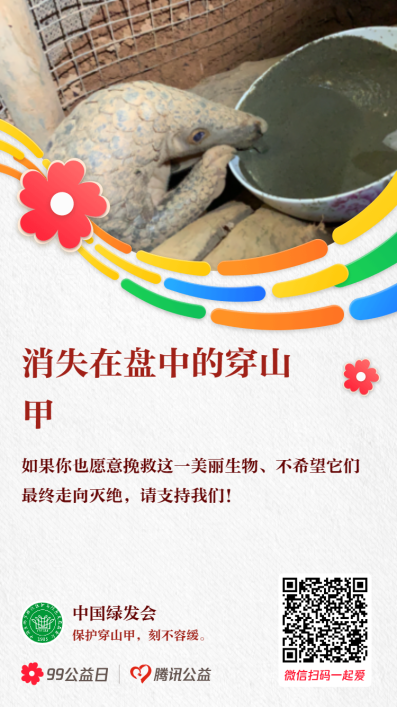 Use WeChat to scan the QR code and help us save pangolins!